The Execution of Damiens

The use of torture as a form of punishment was commonplace in European societies into the early 19th century. Today, we are outraged by mass killings, genocide, and ISIS beheadings, but extreme violence has always been there; it runs deep in human history. We are all traumatized, and it is difficult to work through the shadows of our violent past. The worst form of violence is often state-sponsored. Most political systems have a very dark and unexamined history when it comes to torture and killings.

One case that made history was the execution of Robert-François Damiens in 1757 in France. He was a domestic servant, and he is described by contemporaries as mentally unstable. He attempted to assassinate the King Louis XV of France for unclear reasons, but he managed to wound him only slightly. He was condemned for regicide, which warranted a traditional and gruesome form of death penalty, culminating in drawing and quartering. The torture and execution on March 28, 1757, was a public event attended by many people. It was also witnessed by the famous adventurer Giacomo Casanova, who wrote in his memoirs:

We had the courage to watch the dreadful sight for four hours … Damiens was a fanatic, who, with the idea of doing a good work and obtaining a heavenly reward, had tried to assassinate Louis XV; and though the attempt was a failure, and he only gave the king a slight wound, he was torn to pieces as if his crime had been consummated. … I was several times obliged to turn away my face and to stop my ears as I heard his piercing shrieks, half of his body having been torn from him, but the Lambertini and Mme XXX did not budge an inch. Was it because their hearts were hardened? They told me, and I pretended to believe them, that their horror at the wretch’s wickedness prevented them feeling that compassion which his unheard-of torments should have excited.  (Book 2, Volume 5, Chapter 3.)


Michel Foucault discusses the case in his 1975 book “[easyazon_link identifier=”0679752552″ locale=”US” tag=”mainacademicsite-20″]Discipline and Punish. The Birth of the Prison[/easyazon_link]. He argues that capital punishment involves the use of the physical body in a ritual that symbolizes pain, fear, and guilt. It stigmatizes individuals and deters others from engaging in criminal or unwanted activities. The images of pain and guilt send a message to society that makes people aware of the consequences if they decide to carry out anything forbidden, teaching them to think before they act. It can also be argued that the public display of pain, associated with the physical body, represents the vengeance of the rulers. The cruelty in these public executions is excessive in order to induce fear in the citizens and spectators. The punishment ritual is the inverse of the glory and power of the king. The style of execution thus symbolizes supreme political power. When we look back at the execution of Damiens, we see the perversion of power and an almost absolute negation of humanity. We can see how easy it is for people to feel justified when in reality they do something evil!

When the guards came to get him in the morning of his execution, Damiens allegedly said: “La journée sera rude” – The day will be hard. 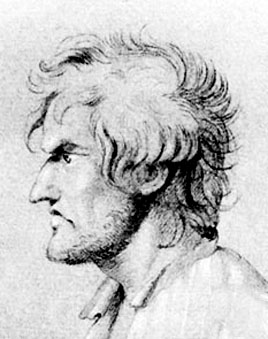 Foucault describes the execution in detail in the first chapter of “Discipline and Punish.” Here is his text:

The body of the condemned.

On 2 March 1757 Damiens the regicide was condemned ‘to make the amende honorable before the main door of the Church of Paris’, where he was to be ‘taken and conveyed in a cart, wearing nothing but a shirt, holding a torch of burning wax weighing two pounds;’ then, ‘in the said cart, to the Place de Grève, where, on a scaffold that will be erected there, the flesh will be tom from his breasts, arms, thighs and calves with red-hot pincers, his right hand, holding the knife with which he committed the said parricide, burnt with sulphur, and, on those places where the flesh will be torn away, poured molten lead, boiling oil, burning resin, wax and Sulphur melted together and then his body drawn and quartered by four horses and his limbs and body consumed by fire, reduced to ashes and his ashes thrown to the winds.’

“Finally, he was quartered,” recounts the Gazette d’Amsterdam of 1 April 1757. ‘This last operation was very long, because the horses used were not accustomed to drawing; consequently, instead of four, six were needed; and when that did not suffice, they were forced, in order to cut off the wretch’s thighs, to sever the sinews and hack at the joints.. .

‘It is said that, though he was always a great swearer, no blasphemy escaped his lips; but the excessive pain made him utter horrible cries, and he often repeated: “My God, have pity on me! Jesus, help me!” The spectators were all edified by the solicitude of the parish priest of St Paul’s who despite his great age did not spare himself in offering consolation to the patient.

Bouton, an officer of the watch, left us his account: “The Sulphur was lit, but the flame was so poor that only the top skin of the hand was burnt, and that only slightly. Then the executioner, his sleeves rolled up, took the steel pincers, which had been especially made for the occasion, and which were about a foot and a half long, and pulled first at the calf of the right leg, then at the thigh, and from there at the two fleshy parts of the right arm; then at the breasts. Though a strong, sturdy fellow, this executioner found it so difficult to tear away the pieces of flesh that he set about the same spot two or three times, twisting the pincers as he did so, and what he took away formed at each part a wound about the size of a six-pound crown piece.

After these tearings with the pincers, Damiens, who cried out profusely, though without swearing, raised his head and looked at himself; the same executioner dipped an iron spoon in the pot containing the boiling potion, which he poured liberally over each wound. Then the ropes that were to be harnessed to the horses were attached with cords to the patient’s body; the horses were then harnessed and placed alongside the arms and legs, one at each limb.

Monsieur Le Breton, the clerk of the court, went up to the patient several times and asked him if he had anything to say. He said he had not; at each torment, he cried out, as the damned in hell are supposed to cry out, “Pardon, my God! Pardon, Lord.” Despite all this pain, he raised his head from time to time and looked at himself boldly. The cords had been tied so tightly by the men who pulled the ends that they caused him indescribable pain. Monsieur le Breton went up to him again and asked him if he had anything to say; he said no. Several confessors went up to him and spoke to him at length; he willingly kissed the crucifix that was held out to him; he opened his lips and repeated: “Pardon, Lord.” ‘The horses tugged hard, each pulling straight on a limb, each horse held by an executioner. After a quarter of an hour, the same ceremony was repeated and finally, after several attempts, the direction of the horses had to be changed, thus: those at the arms were made to pull towards the head, those at the thighs towards the arms, which broke the arms at the joints. This was repeated several times without success. He raised his head and looked at himself. Two more horses had to be added to those harnessed to the thighs, which made six horses in all. Without success. ‘Finally, the executioner, Samson, said to Monsieur Le Breton that there was no way or hope of succeeding, and told him to ask their Lordships if they wished him to have the prisoner cut into pieces. Monsieur Le Breton, who had come down from the town, ordered that renewed efforts be made, and this was done; but the horses gave up and one of those harnessed to the thighs fell to the ground. The confessors returned and spoke to him again. He said to them (I heard him): “Kiss me, gentlemen.” The parish priest of St Paul’s did not dare to, so Monsieur de Marsilly slipped under the rope holding the left arm and kissed him on the forehead. The executioners gathered round and Damiens told them not to swear, to carry out their task and that he did not think ill of them; he begged them to pray to God for him, and asked the parish priest of St Paul’s to pray for him at the first mass.

After two or three attempts, the executioner Samson and he who had used the pincers each drew out a knife from his pocket and cut the body at the thighs instead of severing the legs at the joints; the four horses gave a tug and carried off the two thighs after them, namely, that of the right side first, the other following; then the same was done to the arms, the shoulders, the arm-pits, and the four limbs; the flesh had to be cut almost to the bone, the horses pulling hard carried off the right arm first and the other afterwards. ‘When the four limbs had been pulled away, the confessors came to speak to him; but his executioner told them that he was dead, though the truth was that I saw the man move, his lower jaw moving from side to side as if he were talking. One of the executioners even said shortly afterwards that when they had lifted the trunk to throw it on the stake, he was still alive. The four limbs were untied from the ropes and thrown on the stake set up in the enclosure in line with the scaffold, then the trunk and the rest were covered with logs and faggots, and fire was put to the straw mixed with this wood.

In accordance with the decree, the whole was reduced to ashes. The last piece to be found in the embers was still burning at half-past ten in the evening. The pieces of flesh and the trunk had taken about four hours to burn. The officers of whom I was one, as also was my son, and a detachment of archers remained in the square until nearly eleven o’clock.

There were those who made something of the fact that a dog had lain the day before on the grass where the fire had been, had been chased away several times, and had always returned. But it is not difficult to understand that an animal found this place warmer than elsewhere.”

This site uses Akismet to reduce spam. Learn how your comment data is processed.